A few days ago, we reposted Greta’s piece about “Bisexual or Pansexual?” from FreethoughtBlogs. Since then, the entire topic has seen a lot of discussion, not only on Greta’s blog, but throughout social media and other blogs. It’s not a new issue, naturally, and it arouses a lot of passion on both sides. This is my contribution — and mine alone — to the discussion as a whole.

Ambiguity, or: Drifting Afloat on a Small Raft Somewhere North of the Kinsey Scale

In truth, the debate over whether bisexual or pansexual is more appropriate is kind of a weird one for me to involve myself in. I’ve always been a little ambivalent to what label defines me best. The last piece I read at the Godless Perverts Story Hour dealt with that very ambivalence. I may repost that essay here, but in brief: I’m a cisgendered male who primarily likes women and people on the femme side of the spectrum. I’ve never seized on the terms “bisexual” or “queer” although they definitely describe real aspects of my sexuality. I suppose part of it is that, having developed so much of my sexuality in the Bay Area, I’ve also developed a little bit of an inferiority complex. I know scores of people who are so much bi-er, queerer, and kinkier than me, that it always felt just a little bit pretentious. And also, my sexuality is always in flux. It’s always a work in progress, so I’ve never quite settled on a single way to describe it. The best I can come up with is “curious.”

But still, I do have a lot of thoughts on the discussion of “bisexual” vs. “pansexual.” They’re complex enough that I decided that I’d like to give them their own entry instead of commenting on Greta’s post, or on Facebook.

Here’s the tl;dr version: I think both terms are fine. I don’t object to anyone identifying as either bisexual or pansexual, and think that everyone should use whichever one sounds right. However, I do have a big problem with attempts to stigmatize bisexual as a term that inherently excludes nonbinary genders.

Do we have to get rid of one to respect the other?

Words Mean Things — But What?

I’m a writer, which means I love language. I can be a bit of a pain in the ass over it, actually; I’m one of those people who would probably start a land war to save the Oxford comma and would support public floggings for people who put an apostrophe in the possessive form of “it.” I’m not going to make the stupid claim that words don’t matter. Of course words fucking matter. That’s the whole point of words.

That being said, I think that one of the most tedious and self-destructive aspects of lefty politics is the tendency to get into huge debates policing the proper use and meaning of words. The problem is that these discussions tend to be dominated by an academic model. They focus on the etymology of words, the historical roots, the dictionary definitions, as if by looking at these things in just the right way, we will be able to discern the one and only true meaning of each word. Ultimately, these discussions take a top-down view of language. Rather than trying to understand what people saying, they feel like an ongoing attempt to compile our own version of The Oxford English Dictionary or The Elements of Style, an unambiguous and official guide of what words mean and how to use them.

The debate over bisexual vs. pansexual is a perfect example of this. The argument boils down to the meaning of two Greek prefixes. If we’re treating language as a strictly literal device that can be easily captured by a dictionary definition, the case against “bisexual” is a strong one: bi- means “two” or “pair,” and pan means “all.” According to a dictionary, the difference between the two should be clear.

But you miss a lot about language if all you ever look at is a dictionary. Knowing nothing more than the dictionary definitions of words is a good way to become a shitty writer.

The truth is that no matter what the dictionary says, no matter what the prefix meant to ancient Greeks, a lot of people don’t use “bisexual” as a way of saying “cisgendered men or cisgendered women only.” As has been pointed by others, even if you take “bi” literally, it doesn’t have to refer to the two genders of the traditional binary. For many people, it means “same and other,” and to dismiss that out of hand is to deny other people the right to define their own sexuality.

The truth is that like any other word, neither “bisexual” nor “pansexual” means anything by themselves. No word has meaning on its own, as if it were kept alone in a sterilized clean room. Meaning is imparted by the culture and conversations around a word, and as those change, so does the word itself. The more we have conversations about nonbinary gender as a matter of course, the more natural it seems to assume that a bisexual person is talking about that spectrum, not just two traditionally-defined genders. Without having those conversations, substituting “pansexual” is just a piece of social justice theater that signifies nothing. 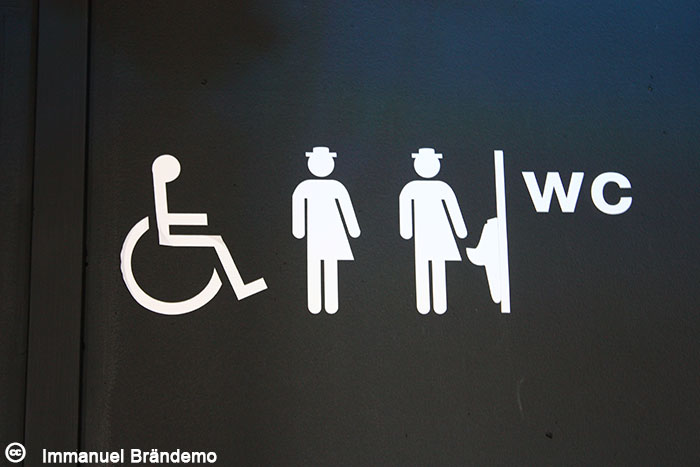 The fluid nature of language is a pretty abstract issue compared to something else that I find even more relevant: The fact that people who identify as bisexuals are being asked to defend that identity when others are not. Pretty much all the words that we have to describe gender and sexual orientation evolved within the traditional binary, and reference it in one way or another. If we were to go back to playing the prefix game, “hetero” means “other” in Greek, and in our modern context, we assume that heterosexual men are attracted exclusively to women and that heterosexual women are attracted exclusively to men. Similarly, “homo” mean “same” in Greek, and in practice, if someone identifies as gay or lesbian, we assume that their sexual partners are at the same end of the gender binary as they are. It’s impossible to say that any of these terms don’t rely on the gender binary, but for most people, their use isn’t really an issue. You rarely hear lesbians, straights, or gay men chastised because the way they identify reinforces the gender binary. 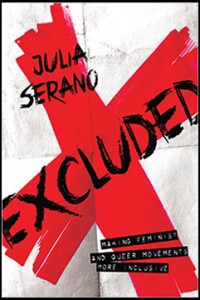 I owe a lot of my insight on this issue to trans activist and writer Julia Serano, especially her book Excluded, in which she writes:

Over the last several years, it has become increasingly common to hear people in queer communities claim that the word bisexual “reinforces the gender binary.” In October 2010, I wrote an Internet article (which I’ll refer to here as the “reinforcing” essay) challenging these claims. Specifically, the article illustrated how the reinforcing trope (i.e., the notion that certain genders, sexualities, or identities “reinforce” the gender binary, or heteronormativity, or the patriarchy, or the hegemonic-gender-system-of-your-choice) is selectively doled out in queer and feminist communities in order to police their borders. Since queer communities are dominated by non-feminine, cisgender, and exclusively gay and lesbian folks, these individuals are almost never accused of “reinforcing the gender binary.” In contrast, more marginalized identities (e.g., bisexual, transgender, femme) are routinely subjected to the reinforcing trope. ((Serano, Julia. Excluded: Making Feminism and Other Movements More Inclusive; Seal Press, 2013; pp. 81-82.))

Bisexual identities have always been red-headed stepchildren in the queer spectrum, and there’s no way that there can be a legitimate conversation about the word itself without recognizing that history. To this day, the B and the T are more a part of the stationery than the agenda for a lot of activist groups, and I have to be immediately suspicious of yet another effort to question the legitimacy of the term when there exists no similar effort to examine the implications of other sexual identifiers.

Ironically, the reason that bisexuality has always aroused suspicion is that it resists sexual binaries. Most people, even now, like being able to put everyone into one column or the other: either gay or straight. Because they won’t pick a side, because their very identity resists the idea that you don’t have to be one or the other, bisexuals have historically been dismissed as fencesitters, phonies, closet cases, sexual tourists, and disease carriers. And that history makes it much more vulnerable to having its validity questioned than terms like “gay” or “straight” which are located solidly at polar opposites of the binary. Nobody has ever questioned the existence of gay people or straight people, but the existence of bisexual people? That’s fair game.

Pansexual vs. Bisexual: Another False Binary?

Not a word of this is meant to disparage the word “pansexual,” nor to invalidate its use as an identity. I think it’s a perfectly fine word, although not one that I’m likely to use for myself. I am opposed to embracing it at the cost of discarding a word that has a long history of challenging rigid categories of sexuality; I’m even more opposed to characterizing the people who do identify as bisexual as members of a repressive old order who deny all genders other than the traditional two. To do so is to speak for them, disregarding what they say about their own sexualities and genders.

To be honest, I think that the idea that we need to choose between the two is a false binary in itself. I think that “bisexual” is a useful term, but it’s true that it’s an imperfect one. So is every other word that’s used to describe sexuality or gender. By their very nature, they’re approximations, quick thumbnail sketches that we toss out to people to give them a few broad, general facts about who we are and what we like. In the end, they don’t say much. Part of that is because trying to describe the sexuality of one person, whether your own or that of someone else, is like trying to hit a moving target while standing in the back of a pickup truck with bad shocks and broken steering column that’s zooming in the opposite direction. I’m a different person sexually — actually, in all ways — now than I was when I was twenty-five. And when I was twenty-five, I was a different person than I was when I was sixteen. But it’s not just me that’s changed; the world around me has changed. No one word — whether heterosexual, bisexual, pansexual, kinky, or queer — can encompass all the places that I’ve been, all the things that I’ve thought in that time.

Just as we’re now eschewing rigid binaries, we shouldn’t try to nail our identities down with a single word that we think will continue to describe us equally well through the decades. All of us need many words to describe what our sexualities and genders are, what they have been, and what they might be. I would even argue that you could be pansexual and bisexual at the same time. Perhaps you find that bisexual and pansexual each describe different aspects of yourself, or that one says what you need better than the other in a certain time and place.

If we wind up discarding “bisexual” for “pansexual” or vice-versa, we will have one less way to talk about sex and gender. In seeking diversity, our vocabulary could very well become more narrow and leave us less articulate about sex than ever.