First, the tl;dr version of what’s happening with Godless Perverts in the next month: 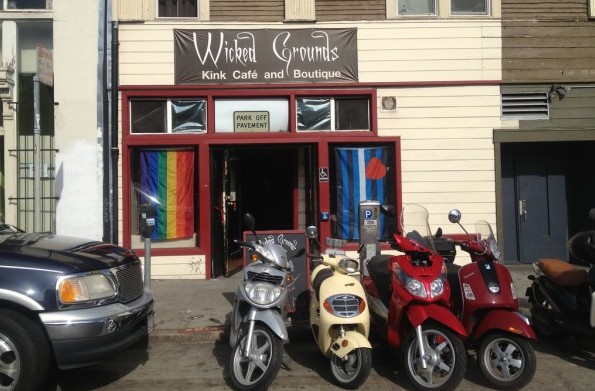 It’s time for the Godless Perverts Story Hour again, just in time for Pride Month. In keeping with the occasion, we’ll be emphasizing queer readers and sexualities. So far, our readers include:

We may add more names as we get closer to the date. Keep an eye out on the website, and on Twitter for changes. One way or the other, the Center for Sex and Culture will be definitely be the place to queer up your atheism on June 14.

The Godless Perverts Social Club is Going Bi-Monthly (Or Is that Semi-Monthly? Twice a month!)

The first rule of Fight Club is “Never talk about Fight Club,” but the first rule of the Godless Perverts Social Club is the exact opposite: Talk about it all you want, and bring a friend. This rule seems to be working out really well for us. In the last year, the Social Club has succeeded beyond our wildest expectations, to the point that we’ve outgrown our single monthly meetup in the back of Wicked Grounds. As of June, we’ll be meeting twice a month: Once on the First Tuesday, and once on the Third Thursday of each month.

As you can imagine, we’re excited about this; hopefully, having our second Social Club on a different night will make it more accessible to people whose Tuesdays are blocked off, and we’ll expand our community even more.

We’re also going to try out a different format. Whereas the Tuesday Social Clubs have been kind of loosely-structured casual affairs, where we nosh and sit around talking about whatever topics happen to come up, the Thursday Social Clubs will be a little more formalized. We’ll be coming up with topics and announcing them ahead of time, and possibly recruiting special guests to come in and guide the discussion on certain topics.

Possibly one of the most interesting parts of this month’s Social Club was sitting around brainstorming for potential topics for the Thursday Social Club. The things we came up with included:

In truth, we came up with an embarrassment of riches during our brainstorming session, and we’ll probably come up with even more as we go ahead with this. Some of them might be too big or just too interesting to handle in the context of a Social Club, so we’ve discussed the possibility of trying to assemble discussion panels around certain topics. More news as that develops, but for now, just join us on June 14.