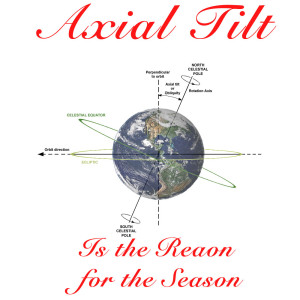 Like it says in that Other Book, we looked upon our work, and we saw that it was good. We all put a lot of effort into bringing the thing together, and at the end of the evening, it was worth every bit of it. Greta brought four amazing chocolate pies (she gives the recipe right here), Chris Hall baked pumpkin rolls with cream cheese fillings, and David Fitzgerald and his zombie-loving partner Dana Fredsti did an amazing job of bringing together all the other food and drink in the face of a lot of stress. We were also very generously given cupcakes by SolaceSF, a local support organization for sex workers. Thanks to Laura Lasky and SolaceSF for the cupcakes, and thanks, as always, to the Center for Sex and Culture.

As we say, it was a very fun and very satisfying evening, enough so that we feel confident that we want to do this again next year. With more cowbell, naturally.

One thing that we cooked up, and which we thought was a particular success at helping people start to connect with each other, was our Adorably Stupid Icebreaker Game. Yes, it was adorably stupid, but it definitely worked as a way of getting the evening started.

What is the Adorably Stupid Icebreaker Game, you ask? It’s sort of like a human scavenger hunt; we passed out sheet with 25 characteristics: find someone who has not read The God Delusion; find someone who has kissed someone who is not on the gender binary, and liked it; someone who has a science- or atheism-themed tattoo, and so on. As a bribe/encouragement, whoever filled the most items on their paper got first pick from the big basket o’porn that Greta brought as prizes.

It worked remarkably well at getting people talking to each other, as well as allowing them to break out of the loop of “So how are you? What do you do?” that party conversations sometimes turn into. Once you start talking about the books that someone has or hasn’t read, or what kind of tattoos they have, you can easily find yourself moving on to more complex topics, even if you’re the shy type.

In case you’re interested in trying out a variation of the Godless Perverts Adorably Stupid Icebreaker Game at your next event, here’s the complete list of questions that we used. You can also download a PDF of the original handout.

UPDATE: We neglected to mention that, while we wrote the particular challenges of this particular icebreaker game, we didn’t invent the idea. We swiped it from an icebreaker event at a Secular Student Alliance conference. (We don’t know who, if anyone, they swiped it from.)