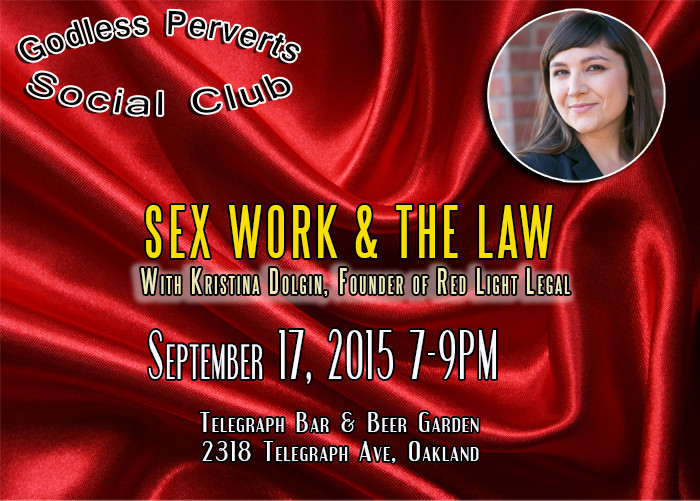 The Godless Perverts Social Club is in Oakland at Telegraph Beer Garden (2318 Telegraph Ave.) on Thursday, September 17! And for this meetup, we have a specific discussion topic: Sex Work and the Law. With the recent shutdown of Rentboy.com by the Department of Homeland Security, and with Amnesty International’s recent statements that sex workers’ right are human rights and that sex work should be decriminalized, legal and ethical issues about sex work are being hotly debated. Do laws against sex work protect sex workers — or hurt them? What’s the result when laws and policies about sex work are written without the participation of sex workers themselves? How can laws and policies about sex work be written in a way that’s actually effective in shutting down down non-consensual sex trafficking, while protecting adults’ right to engage in consensual sexual activity? What role does religion play in these conversations — and what can the secular community bring to the table? 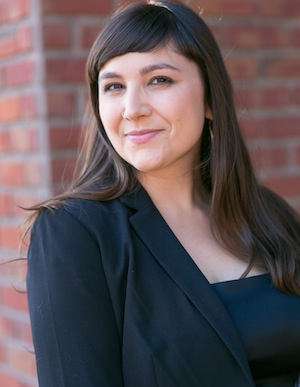 The discussion will be led by Kristina Dolgin, a long-time sex worker and lawyer. She is the founder of Red Light Legal, a new Oakland-based nonprofit that provides direct legal services, legal representation, community education, and policy advocacy to people working in the sex industry. Kristina advocates to reduce the stigma, discrimination, and violence associated with the sex industry, particularly for those who face intersectional oppressions due to racism, homophobia, transphobia, xenophobia, and classism.

We are very excited that the Godless Perverts empire is stretching its tendrils into the East Bay! This Godless Perverts Social Club will be on Thursday, September 17, 7-9 pm, at Telegraph Beer Garden. Telegraph is located at 2318 Telegraph Ave., between 23rd St & 24th Streets in Oakland: it’s about a ten-minute walk from the 19th Street Oakland BART station, and is close to several bus lines.

How to Find Us

We’ll be meeting in the back room behind the bar, so we’ll have a separate, somewhat private-ish space to talk about sex and blasphemy and whatnot. Telegraph has lots of food options, mostly in the sandwich/ sausage/ burger family, and including many vegetarian and vegan options. They have a wide selection of beers, and they also have soft drinks for those who don’t drink alcohol. (It is a bar, which means you need to be at least 21 to attend.) Admission is free, but we ask that you buy food and/or drink if you can.