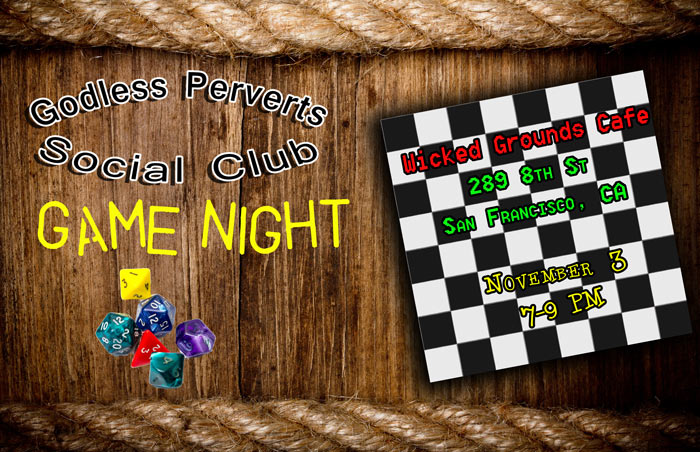 This month, we’re trying something different: Godless Perverts is having a game night! As you may have noticed, Wicked Grounds has a huge stash of games including chess and checkers, Cards Against Humanity,1 Scrabble, Fluxx, Gloom, and much, much more. Feel free to bring your own games if you’re not sure that Wicked Grounds has a copy of your favorite.